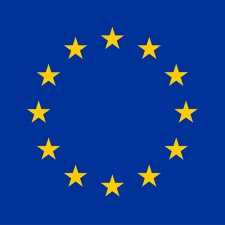 The EU Commission has released a brand new report which states there is zero evidence that illegal downloads have an impact on game sales.

The 307-page report was written by research company Ecorys, and looks into piracy across games, as well as TV, books, films and music in the UK, Germany, France, Spain, Poland and Sweden.

In 2014, an average of 51 per cent of adults and 72 per cent of minors had illegally downloaded entertainment, wiht Poland and spain boasting the highest rates of piracy.

Furthermore, price is not the reason for people pirating content; 80

“For games the market for physical carriers, whether for PC or consoles, is in decline in most countries, although the games market in Poland is rapidly expanding.”

If that wasn’t enough, the report actually says that piracy might help the games market.

“For games, the estimated effect of illegal online transactions on sales is positive – implying that illegal consumption leads to increased legal
consumption,” it reads.

“This positive effect of illegal downloads and streams on the sales of games may be explained by the industry being successful in converting illegal users to paying users. Tactics used by the industry include,
for example, offering gameplay with extra bonuses or extra levels if
consumers pay.”