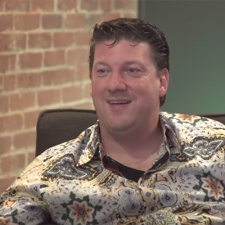 It was widely presumed that Battleborn’s less than stellar launch was down to Blizzard’s Overwatch hitting shelves just weeks later – but that is not the case.

Speaking to IGN, Gearbox boss Randy Pitchford said that the team shooter did not impact Battleborn and that his new franchise had in fact done rather well for itself.

Furthermore, he says that Battleborn did well in its own right – having sold three to four million units  – and were Overwatch not to exist, it would be considered a successful new IP.

“I can’t simulate multiple universes, but let’s imagine that Overwatch didn’t exist at all,” Pitchford said.

“If Overwatch did not exist, and it had the exact same results, people would say [Battleborn] was a winner. It’s new IP and it’s successful. It would have been seen in a totally different light, even if it hadn’t sold a unit more.

“We celebrate when new, strange IPs break 1m units. I remember when Firewatch hit 1m units. We reached three to four million players and people are like: ‘you fucked up so bad’.”

Battleborn launched on May 3rd, 2016, while Overwatch was released 3 weeks later on May 24th. The perceived competition between the two wasn't helped by 2K Games slashing Battleborn's price in the UK when Overwatch launched.

Battleborn's player count also dived upon the launch of Overwatch.

Gearbox winds down work on Battleborn