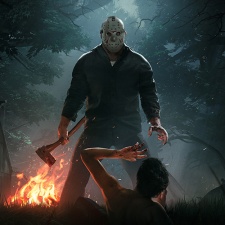 The studio behind Friday the 13th Gun Media has opened up about the pros and cons of doing a Kickstarter campaign.

As part of a panel at PAX West – as reported by PC Gamer – the team spoke about the crowd-funding push and what they learnt. In short, Gun realised they needed someone to handle the community management, with the role falling to executive director Randy Greenback.

“It was 18 hour days a lot of the time, answering every email, and at the end of it all I think I got pneumonia.”

Game co-creator Ronnie Hobbs added: “He almost died. It’s not a joke. We underestimated how much work Kickstarter was, in terms of updating the community. So it was poor Randy who had to do all that. It’s a very easy thing to overlook. ‘Oh, we’ll deal with the Kickstarter messages later!’ That is the bulk of your time, we had no one to do it, and we were ill-prepared for that.”

Friday the 13th has sold over 1.8m units since its May 26th release date.