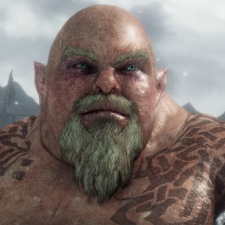 Publisher Warner Bros will be donating money made from a new DLC character in Shadow of War to the family of late executive producer Mike Forgey.

The developer passed away after a battle with cancer last year.

In his memory, Warner has created Forthog Orc-Slayer based on the developer, with $3.50 from each sale going to Forgey's family until the end of 2019. It’s yet to be clarified whether Forthog will be available outside of the US.

There’s a trailer (below) for the content, with the development team writing the following message at its finale:

"Mike 'Forthog' Forgey was our executive producer and great friend here at Monolith.

"We lost Mike to cancer during the development of Shadow of War and we want to remember and honour him with a little bit of immortality in Mordor."

Middle-earth: Shadow of War is set to launch on October 10th.

Embracer Group acquires a load of studios, including 4A and New World Interactive