1m copies of Football Manager 2017 have been sold 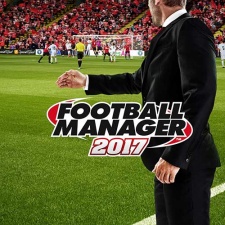 The latest version of Sports Interactive’s Football Manager has smashed the one million sales mark.

Word comes by way of studio chief Miles Jacobson (below), who took to Twitter to reveal that the millionth game had been activated.

Jacobson also notes that this is the fifth Football Manager game in a row to break the one million sale mark.

The game maker also says that the player figure is ‘way higher than that’.

This push might be in part due to the reveal of Football Manager 2018. Following the announcement of that game’s November release date, the 2017 edition returned to the Steam Top Ten.

At circa 4am the millionth FM17 was activated. This is our 5th game in a row to sell 1m units. Thank you for your continued support!