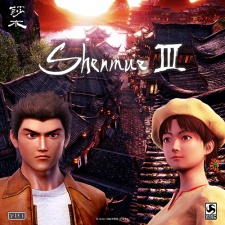 Two years after its announcement, Shenmue III now has a publisher.

German firm Deep Silver has revealed that it will be releasing the much-anticipated title, which is set to launch next year.

"Shenmue is one of the few brands that have not only written video games, but have also sparked a passion for the gaming community,” said Deep Silver and Koch Media chief Dr. Klemens Kundratitz.

The director of Shenmue III and CEO of developer Ys Net added: " I am very satisfied that we have succeeded in closing this global partnership with Deep Silver. A company whose employees are passionate about Japanese titles on the global market. During the joint discussions, this passion for games from Japan, the Shenmue franchise and its fans became very clear to us. This encourages me in my confidence that we have found the perfect partner for Shenmue III.”

Shenmue III is the highly-anticipated sequel to 2001’s Shenmue II and was grealty sought after. It was revealed on-stage at Sony’s press event at E3 2015 with the platform holder announcing a crowdfunding push for the game.

In total, the game raised $6m on Kickstarter, with additional funds coming in from PayPal and Chinese payment service Alipay.