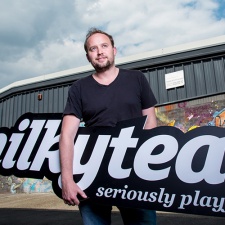 Chinese tech giant Tencent has made yet another investment in the UK games industry.

Indie studio Milky Tea is the latest company to attract the attention of the Chinese company.

The size of the investment is yet to be revealed, but is presumed to help the developer grow its team.

Milky Tea began life as an animation house working on marketing creative for the likes of Lloyds, Hyundai and Guinness. It moved into games development, releasing racing title Coffin Dodgers in 2016.

It is currently working on sports combat title HyperBrawl Tournament, which is set for launch in early 2018.

"The scale of it really hasn't hit home just yet, but we are all really proud to be part of the Tencent family and we couldn't ask for better partners. Everyone at Tencent has gone above and beyond our expectations to make this happen and from a personal point of view, it's a dream come true."