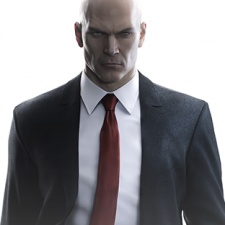 Square Enix may give up the rights to the Hitman IP if it’s able to finder a buyer for series developer IO Interactive.

The future of the franchise is currently up in the air after the publisher decided to sell the Danish developer.

In a statement during Square Enix’s post-earnings results briefing, the company's President Yosuke Matsuda offered some details on its reasons for selling the studio, though its exact intentions for the developer's IP aren’t completely clear.

“Our decision to withdraw from the IO Interactive A/S business was the result of a review of our portfolio that we conducted as part of our effort to concentrate our resources in order to strengthen our development capabilities,” said Matsuda.

“Because the firm is engaged in the development of Hitman and other renowned titles, we are negotiating with prospective external investors capable of ensuring that these titles carry on.”

“Other renowned titles” could refer to IO Interactive-developed games such as Mini Ninjas and the Kane & Lynch series.

The statement appears to suggest that Square Enix is willing to sell on the Hitman IP along with IO Interactive. At the very least, it could mean some kind of licensing deals in future with third-party developers.

Given that Square Enix is keen to strengthen its development capabilities in other areas, it’s unlikely it’s prepared to give the IP to another team in-house for a PC and console project.

Though best known as a PC and console franchise, the Hitman IP has also been used for mobile games such as Hitman GO, Hitman Sniper, as well as two films.