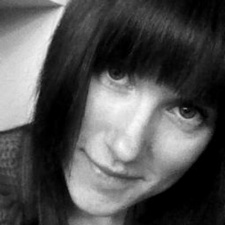 Her role will see her promoting the studio's upcoming PC-only MMO Worlds Adrift. She will also work on a number of currently unannounced projects in the near future.

McGarrigan is a former games journalist, having been a Staff Writer at GirlGamersUK and Games and Technology Editor for Sci-Fi London. She then transitioned into PR, with roles at Green Man Gaming and Amuzo, before founding her own firm, Ansible.

"Tracey is one of these rare people who are able to swiftly move on from dogma to breakthrough, finding unique ways of engaging with our communities wherever they are," said Bossa Studios CEO Henrique Olifiers, as reported by GamesIndustry.biz.

"We're super happy to have her seemingly endless energy channelled into figuring out what matters to our players, when and where it matters, and welcome such a smart professional strengthening the Bossa team."

Bossa raised $1.35 million in August 2016 to help fund the development of its current games. It is also exploring development of other multiplayer and VR titles.