Ten things we learnt at Devcom and Gamescom 2018 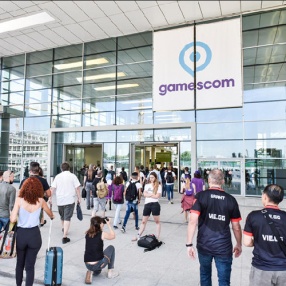 After six days in Cologne, PCGamesInsider.biz returned victorious and, well, really very tired having spent close to a week running around the Koelnemesse venue.

It a successful week for us with a lot of great content for the site that you can look forward to reading in the coming weeks.

Incidentally, we also walked a total of 42km over that six-day period, collected a huge number of business cards, ate one pork knuckle (5/10, very fatty and a lot of hard work) and drank [REDACTED] glasses of Kolsch.

It was a huge week for the games industry, too, with over 500,000 people coming to Cologne for Gamescom week. In the region of 370,000 visitors from 114 countries stopped by at Europe's biggest games event. Of that figure, 31,200 were trade attendees.

Devcom has also announced that over 2,000 people came to the developer-focused show.

The PC Pulse: What were the most important trends in the PC games market in 2018?