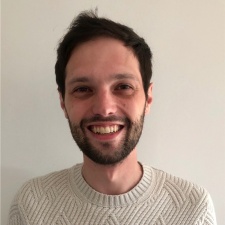 Pole to Win's game audio specialist Side is opening a brand new studio in Paris next year.

The venture is set to launch in early 2023 and will be headed up by Maxime Romano (pictured), who is also working as Side's overall head of localisation. He has previously worked at games companies Blizzard and Darewise, as well as localisation specialists La Marque Rose and Keywords.

“I am enthusiastic about joining the global SIDE team and leading our newest studio in Paris," Romano said.

"Side Paris will greatly expand our audio localization capacity, serving the increasing demand from the global games industry.”

Side SVP of audio and speech tech, Olivier Deslandes, added: “The needs of developers and publishers continues to grow. By opening SIDE Paris, we will be able to take on additional projects--with SIDE Paris acting as a ‘port-of-call’ for French language services, as well as multilingual audio localization services.”

This follows Side setting up shop in London, Shanghai and Los Angeles. The company has worked with publishers including Warner Bros, Epic, Xbox Game Studios, CD Projekt, Housemarque and EA.

Rocksteady's founders are leaving the studio