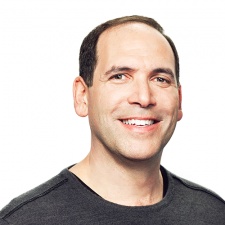 The chief technology officer over at EA, Ken Moss, is leaving the company.

That's according to CEO Andrew Wilson, who said that the CTO was departing after eight years at Electronic Arts. Moss joined EA in 2014 having previously worked as VP of marketplaces technology, science and data for Ebay. Before that he worked at Microsoft in various roles and co-founded search engine CrowdEye.

“The technical transformation that we’ve undergone during Ken’s tenure has been extraordinary — navigating tremendous digital expansion, growing to new platforms, delivering tools for our game teams to serve more players, and enabling a large and growing global organization,” Wilson said.

“Technology has made this all possible, and Ken’s leadership has been pivotal for our company.”

Moving forward, Electronic Arts is splitting the CTO position into two roles. SVP of development technology and solutions Marija Radulovic-Nastic is being promoted to CTO for creative and development, while chief information security officer Matt Thomlinson is becoming CTO for enterprise.

“Both Marija and Matt and their teams will be part of our COO organization, reporting to Laura Miele," Wilson continued. "Together with Laura, they will define our technology strategy, accelerate our decision making, and drive further innovation.”

This is the latest c-level member of staff to leave EA. In October of last year, COO and CFO Blake Jorgensen revealed he was departing. Chris Suh replaced him as chief financial officer, while Laura Miele took on his operating roles.