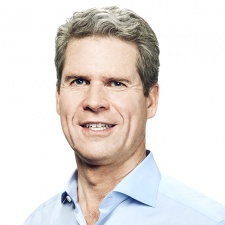 The news was revealed in a letter from the company's CEO and chairman, Andrew Wilson, who said that Jorgensen will be departing the firm in the summer of 2022. Replacing him in his COO role is studios head, Laura Miele, while EA is currently on the hunt for a new finance boss.

"There is no one that has deeper trust and respect across our company than Laura to lead this for us," Wilson wrote.

"Laura successfully led EA Studios with strong strategic and operational discipline, and she will bring that focus and rigor to the entire company as COO."

This isn't the only shake up in Electronic Arts' C-suite; Chris Bruzzo – previously EVP of marketing, commercial and positive play – has been appointed to the role of chief experience officer. This is apparently a position that oversees EA's efforts to build "social ecosystems that forge stronger connections and create amazing player experiences in and around our games."

Speaking about Jorgensen's departure, Wilson added: "Through our time working together, Blake has been an incredible partner, advisor, and dear friend. His expertise and the team he has built have been instrumental to our growth and financial achievements, and his leadership has set us on the successful path we are on today. The internal and external search for a new CFO will begin immediately, working closely with Blake, and he will help us with the transition and onboarding when a new CFO is appointed. Thank you, Blake, for everything you’ve done and continue to do for our company."

Jorgensen joined EA back in 2012 having previously held finance roles at Levi Strauss & Co and Yahoo. Prior to that, he worked in the banking sector.