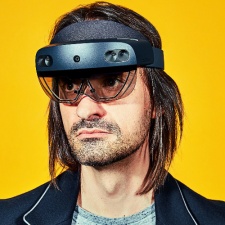 21-year Microsoft employee Alex Kipman is leaving the company in wake of allegations of misconduct made against him.

Kipman joined Microsoft back in 2001 working on the firm's visual studio division. Since he has worked in the Big M's Windows and Xbox divisions, before being promoted to technical fellow for cloud and AI tech.

He has been very much the public face of the company's HoloLens augmented reality hardware. This will now be handled by Panos Panay, who currently helms Microsoft's Surface computer arm.

The future of HoloLens is somewhat uncertain. In 2021, Microsoft landed a $21.9 billion contract with the US military to product a version of its AR hardware.