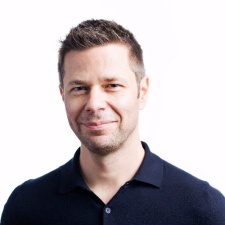 As reported by Windows Central, the studio director is departing after 12 years. He is being replaced by fellow co-founder and GM Trevor Williams as studio head. There's no indication where Raeburn is headed to next.

"A founding member of Playground Games, we thank Gav for his leadership and contributions to the Forza franchise and wish him all the best. Co-founder Trevor Williams will transition from General Manager to Studio Head effective immediately, as the Playground Games team focuses on updates to Forza Horizon 5 and the development of Fable."

Prior to his 12 years at Playground, Raeburn spent a whopping 24 years at racing specialist Codemasters where he worked on the likes of Dirt, Grid and the F1 franchise. While it's best known for the Forza Horizon racing franchise, the studio is currently still working on a new entry in the Fable franchise.

Forza Horizon 5 launched on November 9th, 2021 and brought in over 4.5 million players within its first day in the wild.

Playground was acquired by Microsoft back in 2018.