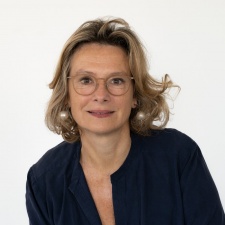 The firm revealed that Haas was departing in a release to investors, saying that she was doing so to "pursue other activities".

Haas has worked at Ubisoft since 2017, when she joined the firm's board, before being hired to her current role in September 2020. Prior to that, she worked at Shift Technology and spent over ten years at IBM.

"The company is well on its way to appointing her successor," Ubisoft said.

"In the interim, the senior team she was in charge of will ensure the continuity and seamless execution of the current projects."