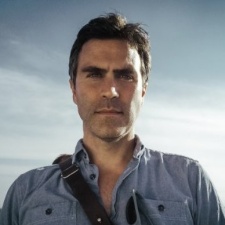 As reported by VGC, the veteran has returned as narrative director on an unannounced project – per his LinkedIn profile. He had previously left Ubisoft Montreal in March of this year having worked at the developer since January 2011.

McDevitt started as a lead script writer on the likes of Assassin's Creed Revelations and Black Flag, before being promoted to narrative director in 2017. In that role he contributed to Assassin's Creed Origins and Valhalla, as well as an unannounced project.

“Yes, I have returned to Ubisoft! As I pondered my career over the past year, I focused on my desire to explore new ideas and unknown frontiers," McDevitt said.

“Much to my delight, this is reflected in my return to Ubisoft to work on AC. I’m excited to continue my journey. Stay tuned!”

While Ubisoft hasn't revealed what McDevitt is working on, the French firm has revealed that it is developing a live-service Assassin's Creed title called Infinity. Last year's Assassin's Creed Valhalla is the company's second most profitable game to date.