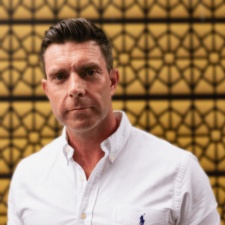 British games firm Sumo Group is setting up its second studio in India.

The company is opening a new outfit in Bangalore with Stewart Neal at the helm as studio director. Neal has worked at Sumo since 2014, when he joined the firm's Sheffield headquarters.

This is Sumo Group's 11th studio around the world and its second in India following the opening of Sumo Pune back in 2007. Since May 2020, Neal has been the studio director of this office, too, replacing Deeptha Vijayan, who had returned to the company the previous year.

In addition to opening a new Bangalore developer, Sumo is also expanding its Pune site.

“We are excited to share the next step in our journey with the announcement of Sumo Bangalore and further expansion at Sumo Pune," Neal said.

"This organic growth will allow us to continue delivering across some of the most-exciting video game projects in the world, whilst welcoming new developers to join the Sumo Digital team.

“The continued growth of Sumo Digital’s presence in India is a reflection of the skills and expertise of our team and our reputation as a highly successful co-development studio. I look forward to growing a team that will continue to establish Sumo Digital as a leading provider of end-to-end creative development within India.”