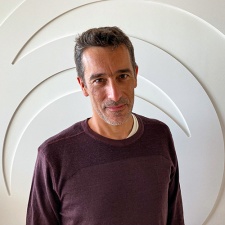 Manceau has worked at the firm for 23 years, having joined the company back in 1998 as a brand manager in its marketing division. From there he moved to Ubisoft Montreal in 2003, rising to the level of creative director which he has stayed at since. Since 2012 he has worked at the firm's Annecy office, where he has contributed to IP including Steep and Riders Republic.

“It is a real honour for me to lead and support the passionate and incredibly talented group of people responsible for the creative direction of Ubisoft’s games,” Manceau said.

“We have some of the best creative minds in the industry at Ubisoft, and I’m looking forward to partnering with them to increase our games’ focus on innovation, quality and differentiation, so that we’re continuing to deliver truly memorable, entertaining and enriching experiences for our players.”

CEO Yves Guillemot added: “Igor is one of the most experienced, innovative, and well-respected creative directors at Ubisoft and in the video game industry at large. He has a deep understanding of players’ motivations, a strong intuition for reaching new markets and an exemplary leadership style. I’m confident Igor will partner closely with our deep pool of talented creative directors and editorial leads to align and motivate our teams around a shared vision that strengthens and expands the breadth of Ubisoft’s portfolio of games, helping us to delight current players and appeal to new ones.”

While Guillemot and co might be happy to see Manceau promoted, the workers group A Better Ubisoft is certainly not. In a statement on Twitter, the organisation pointed to the letter that Guillemot sent employees, in which the CEO said that he was going to revise what the leadership of Ubisoft's editorial department would look like and how it was organised. The group also criticised the lack of diversity within the company's management team.