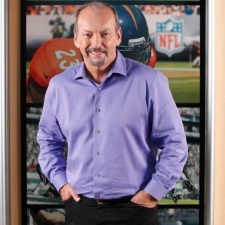 Industry vet Peter Moore has been hired by Unity.

In a tweet, the former EA COO said that he was joining the engine maker as SVP and general manager of its Sports and Live Entertainment division.

"I’m delighted to announce that I’ve joined the incredibly-talented team at Unity as SVP and GM of Sports & Live Entertainment," Moore wrote.

"Delighted to be reunited with so many industry friends as we work on some really cool stuff."

Moore has held a number of top positions and worked at some of the biggest companies in games. Back in 1998, he joined Sega, rising to become president and COO of the Japanese firm's US business. Four years later, he moved to Microsoft to help the Windows firm establish its games-focused Xbox division.

From there, he was hired by Electronic Arts in 2007 to head up its EA Sports division before being promoted to chief operating officer four years later and then to the esports-focused chief competition officer role in 2015.

In February 2017, he announced his departure from EA and said he was taking the CEO role at Liverpool Football Club. In August 2020, he stepped away from this job.

The Unity gig is the second games role Moore has taken in recent months. In December, he joined mobile studio Nifty Games' board of directors. So presumably whatever non-compete the former exec had with Electronic Arts has expired.

Moore has joined Unity at an interesting time. The engine maker went public in September of last year, reporting a 53 per cent increase in revenue in the first quarter since its IPO. At the time of writing, the firm boasts a market cap of $39.87 billion, more than double its valuation when it first went public.

News of Moore coming on board at Unity came after trading closed for the day, but it's fair to assume that the software market's stock is going to see a jump off the back of this appointment when the market opens later today.