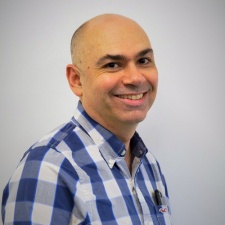 Sumo Digital's Nottingham branch has made a trio of hires.

Darren Campion has been brought on board as executive producer, having previously worked at Codemasters and Sea of Thieves maker Rare. Meanwhile, Steven Kirby takes on a lead games designer position, with a CV that includes stints at Frontier Developments, Rebellion and Razorworks.

“While this has been a tough year for many, our studio has been fortunate enough to continue developing great games and growing to meet the needs of our clients,” said Sumo Nottingham studio director Gary Edwards (pictured).

“We look forward to benefitting from the considerable and valuable experience of Steven, Chris and Darren as we continue work on exciting projects that we can’t wait to reveal to the world.”

Sumo Nottingham was opened in January 2016. This was one of a number of new studios that the company has established in recent years. Sumo snapped up the VR-focused CCP Newcastle and Brighton-based The Chinese Room in 2018, before acquiring work-for-hire firm Red Kite in 2019. The company also set up a Leamington Spa-based studio.