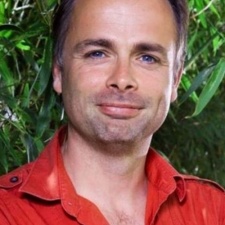 Ubisoft veteran Michel Ancel left the company while under investigation for his management style.

That's according to French outlet Libération – as reported by Kotaku – which says that the publishing giant was looking into the Rayman creator's toxic management style. Staff say that Ancel was difficult to work with and that his mismanagement meant that projects changed in scope constantly, resulting in developers burning out and experiencing exhaustion and depression.

Speaking to Libération, Ancel confirmed that he was under investigation, but also said that he did not know that the staff working under him felt this way.

"Yves Guillemot committed back in July that any allegation will be investigated and no one will be outside of that process–and this would include Michel Ancel," Ubisoft said in a statement to Kotaku.

"And as Michel confirmed to the journalist at Liberation, he is under investigation. The investigation is still ongoing and we have nothing further to share as we respect the confidentiality of this investigation."

Ubisoft continued in a later statement: “Since informing Michel he was under investigation early August, Yves has not been in contact with him nor discussed him with the BG&E2 team until the announcement of his departure.”

Following Libération's reporting, Ancel took to Instagram to decry the article as "fake news," seemingly taking issue with the fact that he was being lumped in with allegations of sexual misconduct by other staff at Ubisoft.

"Take few people with rage and jealousy and let them speak in the name of hundreds," he wrote.

"Publish the news fast so that it combines with sexual harassment from other news at Ubi soft. Is this serious? Is this what you expect from a national newspaper. I will fight for the truth because such accusations are a shame. I worked hard on every of my projects and always had respect for the teams. The accusations are wrong."

Ancel announced that he was leaving Ubisoft and the games industry in general earlier in September. The Rayman and Beyond Good & Evil 2 creator's departure followed a difficult few months for Ubisoft, with staff at the French publisher coming under fire with allegations of sexual misconduct and general toxic behaviour. The firm launched an investigation into these accusations and has fired some top tier staff, including chief creative officer Serge Hascoët and the MD of its Canadian studios Yannis Mallat.

PR director Stone Chin has also been fired for failing to "uphold the company's code of conduct" in his management style.