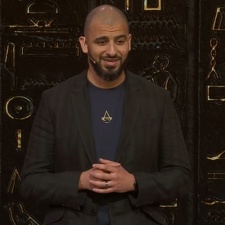 French publishing giant Ubisoft is continuing to cut top staff amid a wave of accusations of misconduct at the company.

The latest figure to fall is Ashraf Ismail (pictured), the creative director of the upcoming Assassin's Creed Valhalla, according to Bloomberg. Back in June, Ismail stepped back from the project after a fan revealed that he had been engaged in a relationship with her and had hidden the fact he was married.

“As a result of investigations, Ashraf Ismail has been dismissed from Ubisoft and is no longer an employee,” Ubisoft said.

This follows an investigation into misconduct at the company, with CEO Yves Guillemot vowing to "personally follow" all the allegations against his staff. The VP of Ubisoft's editorial team Maxime Béland resigned in July following accusations levelled against him, shortly before Canadian studios MD Yannis Mallat and chief creative officer Serge Hascoët followed suit.

PR director Stone Chin has also been fired for failing to "uphold the company's code of conduct" due to his management style and has insisted that the termination of his employment had nothing to do with allegations of sexual assault raised against him.

French labour union Solidaires Informatique is taking Ubisoft to court and is calling for those wronged by the publisher to add their complaints to their case. Investors, too, have been taking the French firm to task over the allegations, pressing CEO Guillemot over what he knew of the toxic working culture at Ubisoft during the company's financial call for the quarter ending June 30th, 2020.