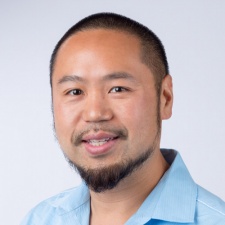 In a post on TwitLonger, Chin said his employment was terminated after he failed to "uphold the company's code of conduct" during his tenure at Ubisoft. He says that his management style was passive-aggressive and disrespectful to those reporting into him.

Chin has also insisted that the accusation that he sexually assaulted someone in 2012 is not true and that Ubisoft hadn't cited this incident as the reason for his termination. Chin joined Ubisoft in 2011 as associate director of public relations.

This follows a wave of accusations of misconduct within the games industry, with Ubisoft launching an investigation into allegations levelled against its staff. That investigation is still on-going.

"I can see that my actions as a manager over the years while at the company have hurt people. It has been a time of reflection and self-examination over the past few weeks and I do recognize now there are emotional wounds that I’ve caused people," Chin wrote.

"For this, I am truly, profoundly sorry. I hope for the opportunity to speak to people individually to make amends.

"I also acknowledge that I have failed to understand the gender power dynamic, particularly in the games industry. I have not always considered how my actions are received interacting with a woman in this industry, and I apologise for being ignorant to the many nuanced struggles women face every day. I will do better in this.

"It is my hope and belief that I’ve grown over these years and that my past behavior is not a reflection of the person I am today. This does not, of course, excuse the disrespect and hurt that I’ve caused people in my interactions with them."