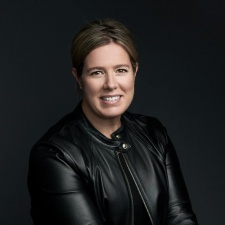 The managing director of Ubisoft's Québec studio, Andrée Cossette, has announced that she will be departing the developer.

In a post on LinkedIn, she said that she was leaving the company after 22 years of working at Ubisoft. Cossette said that her departure isn't related to the current situation at the French publishing giant. Staff at the company have faced that allegations of sexual harassment, assault and misconduct, with CEO Yves Guillemot bringing in an external company to investigate the accusations.

Cossettee joined Ubisoft's Montréal studio back in 1998 as an internal communication counsellor, before moving into HR a year later. She moved to the company's Québec studio in 2005 as HR director, before moving into management in 2011. She was tapped as managing director in January 2019.

"It is with great emotion that I turn the page today on 22 years at home Ubisoft and that I begin a new professional chapter, which remains to be written," Cossette wrote – as translated from French to English.

"I had the chance and the honour to collaborate at the beginning of Ubisoft Montréal, and then to found in Ubisoft Québec 2005 alongside Nicolas Rioux. The role of general manager of the studio brought me great challenges and I was able to put in place an ambitious plan for the future. At the same time, I began a deeper, more personal reflection, which allowed me to realise that I was no longer where I wanted to be and that it was time for me to pass the torch and think about other projects for the future. My decision is the result of a long reflection and is not related to the current situation within the Ubisoft Group. When I look at the last 15 years at the Quebec City studio, I am extremely proud of our career. You are an incredible team and it has been an honour to rub shoulders with you and work with you. You have been a real inspiration to me."