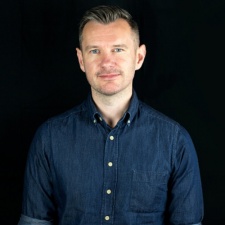 Andy Wilson has joined from 2K's Hangar 13 studio, where he was previously an executive. Speaking to GamesBeat, he said that Sledgehammer was hiring across its various locations, including the new Melbourne studio that opened towards the end of 2019.

"Since joining Sledgehammer, my focus has been squarely on the future and so one of the first things we did was celebrate the studio’s 10th anniversary to launch an initiative called 'Decade II'," he said.

"The point was to treat that moment as the first day of the second age of Sledgehammer Games and not just a celebration of what came before, because, for all the studio’s success, we could see there was so much we could do going forward: culturally for certain, but also in terms of structure, the move to more than one project, the continued growth of the team in Melbourne, and so on. The great thing about Decade II, Day One was that was actually the end-point of months of solid work to establish a clear plan for the future. The result is a team and studio with a clear roadmap and an enormous opportunity ahead of it, with a lot of great new team members signing up for the journey. Even since California and Australia enforced full remote-working, we’ve had well over 2,000 applications for our open roles."

The new COO also said that the studio is prepared to work from home "indefinitely."

"The safety of our team is our highest priority," he explained.

"Obviously, we are keen to get back to our studios in Foster City and Melbourne as soon as possible as we miss seeing each other every day, but we’ve resolved a lot of the bigger problems that make working from home tough. We will continue our push to optimize everything. We’re only going to get better at this from here on in."