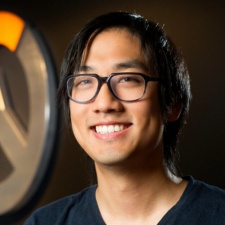 In a blog post, Chu said that working on Overwatch has been a "life-changing experience" and that he's proud of the game's diverse setting and characters.

Chu initially joined Blizzard back in November 2000 as a QA analyst, moving to the World of Warcraft team as an associate game designer two years later. In 2004 he moved to Obsidian where he worked as a designer on Neverwinter Nights 2 and Star Wars: Knights of the Old Republic II, before returning to Blizzard in 2005. Since then he has worked on a variety of titles, including Diablo III and its Reaper of Souls expansion, as well as Warlords of Draenor and The Burning Crusade for World of Warcraft.

In 2014 he became the lead writer of Overwatch and has continued this role for its recently-announced sequel. There's no word on where he is heading to next.

"These meetings, travels, and a desire to embrace the diversity of our world made it clear that there were different stories that needed to be told about places and people not traditionally seen in games," he wrote.

"As an Asian American, I wanted to experience narratives that represented people like me and to see them depicted as heroes. Overwatch offered an opportunity to bring a more inclusive vision of earth to life: a future worth fighting for. Together, we worked, struggled, and shed tears to champion a universe that featured people from across the world, to bring to life the wondrous sights of earth’s past, present, and future, and to empower the contributions of creators and voices who would better represent the breadth of human experience. I believed that a game could show the power of diversity and that one kiss could change the world, if only a little.

"Overwatch has been a life-changing experience. I have always felt that games and the stories they tell have the unique ability to bring people closer together, and that the empathy you feel from stepping into someone else’s shoes, even virtually, can bridge the gap between miles, cultures, and nations. Overwatch and its consistently generous and inspiring community have only reinforced that belief. I’ve heard stories of people learning a new language after hearing a line of dialogue, people feeling inspired to take a trip to a new place after “visiting” it in-game, and people meeting teammates across languages and borders to take up the cause of making our world a better place. But most of all: again and again, of people empathizing with a story about someone who is not the same as them."