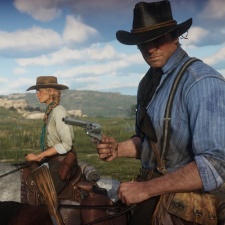 Speaking to Variety, Barrera revealed that he had formally left in mid-December. His decades-long career saw him involved with every title the company ever released but left him feeling isolated from the industry at large.

When Red Dead Redemption 2 hit, Barrera claims his time at Rockstar was over.

"I pretty much left when it was done, it was a natural progression," said Barrera. "I looked at what I would be doing for the next few years if I stayed on and where I was in life with my family, my kids, my desire to make cool shit. I felt like it was hitting all of the right points."

Much of his decision to leave stemmed from the rapidly changing state of technology in games development, mixed reality and new publishing models. Rockstar was insulated from much of that space: on visiting Dice for the first time this year, Barrera compared his experience to coming out of a monastery.

Barrera added: “I think we are in a new dawn of the industry where there is a lot of cool shit happening in terms of the technology, not just in the console world, but with how games are published, the technology out there."

“If I had stayed at Rockstar it would have been more GTAs, more RDRs and less of this other stuff going on out there right now.”

Barerra closed his interview by speaking on Rockstar’s notoriously-murky working conditions. Admitting he could only speak for his own experiences, he still spoke highly of his time at the company.

“I think Rockstar made the best stuff ever by getting the best out of people. We all work hard. The majority of the people who work at Rockstar think its all f–king great, they take care of you and it’s all fun.”