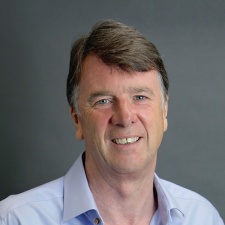 The European arm of Japanese publishing giant Sega has announced it is relocating its quality assurance team from London in the UK to Bulgaria's Sofia.

As reported by GamesIndustry.biz, this transition will take two years, with the new Sega Development Services Sofia launching in June 2020.

All QA roles at Sega Europe - aside from localisation QA - have been put on 'active consultation' meaning there are likely to be many job losses. Staff are apparently being given the opportunity to move out with this new venture.

Despite the pretty obvious perception that this is related to Brexit - with it being far cheaper to employ talent in Eastern Europe than in Britain due to currency fluctuations - Sega Europe COO and president Gary Dale (pictured) insists that is not the motivation to move.

"Bulgaria is a European leader for IT development, home to regional offices for some of the most renowned tech outfits in the world including IBM and Hewlett Packard and has a history of technological accomplishment and innovation," he said.

"It's the perfect location to open what will become a best-in-class quality assurance operation with the capacity to expand. We're looking forward to the collaboration with the current UK team in London as we build this exciting operation in Sofia. Their expertise and passion for Sega and its diverse IPs will be invaluable throughout this process."