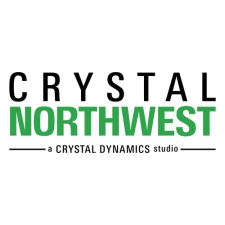 This new Seattle outfit is contributing to Square Enix's Avengers title and appears to be a support studio for Crystal Dynamics' projects.

Crystal Dynamics Northwest is being headed up by Chad Queen and James Loe. Queen previously headed up development at Wargaming's Seattle studio and before that held roles at Gas Powered Games as well as University of Washington where he taught on a Game Design and Creation Course.

Loe's CV reads very similarly - before moving to Crystal Dynamics he was technical director at Wargaming Seattle, joining in 2013 from Gas Powered Games. Before that, he was a software engineer at Cavedog Entertainment.

In addition to opening a new studio, Crystal Dynamics' California headquarters has added a wealth of talent - "dozens", apparently.

These include Sony Santa Monica vet Vincent Napoli joins as lead combat designer, while Dead Space developer Ben Wanat joins in an unnamed role - but based on his CV, he's likely a creative director.

“We’re aggressively scaling up our teams and adding a new studio with spectacular talent to deliver the ultimate gaming experiences for our players,” studio co-head Scot Amos said.

“We have assembled a team of industry veterans and leaders in order to create gaming experiences that surpass the expectations of our passionate community.”

Another studio co-head Ron Rosenberg added: “Our new studio in Bellevue, and the new hires in Redwood Shores, represent our continued commitment to the most ambitious project we’ve ever created. We’ll keep building on the exciting growth Crystal Dynamics has experienced over the last several years, and are eager to deliver a world-class Avengers experience for fans around the world.”