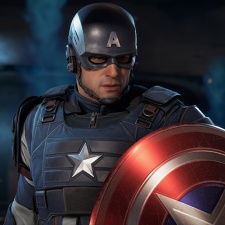 Developer Crystal Dynamics is shortly going to be ending support for Marvel's Avengers.

That's according to reporting from Exputer, confirmed in a blog post by the studio, in which the firm says that the game's last content update will be on March 31st, 2023. Marvel's Avengers Credits in-game currency will not be available after this point.

Support for the superhero romp will be closing on September 30th, though Crystal Dynamics says that both single-player and multiplayer will be available after this date.

"We know this is disappointing news as everyone in our community has such a connection to these characters and their stories," the studio wrote.

"We’re so, so grateful that you came on this adventure with us. Your excitement for Marvel’s Avengers – from your epic Photo Mode shots, to your threads theorizing who our next Heroes would be, to your Twitch streams – has played a large part in bringing this game to life.

"We hope you continue to play and enjoy Marvel’s Avengers. We can’t thank you enough for your support and for being part of our super team."

Crystal Dynamics was bought by Embracer in 2022. The company has partnered with Amazon to publish a new entry in its Tomb Raider franchise.