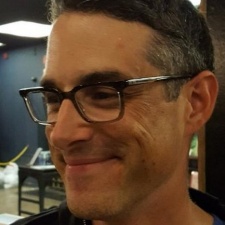 Josh Sawyer, director of Pillars of Eternity 2, is taking time off from game development.

Sawyer has an illustrious career working on roleplaying classics from Icewind Dale to Fallout: New Vegas. A career designer, he took on the director’s seat with New Vegas - Honest Hearts; followed up with Obsidian’s original work on Pillars of Eternity and Tyranny.

"I’m going to be on Deadfire (not the DLCs) until we’re done patching and improving it, but after that I’m taking a break from directing for a while."

While he hasn’t announced a departure from games entirely, Sawyer suggests needing a change of scenery after nearly two decades at the helm of colossal roleplaying projects. It’s likely we’ll see more work from Sawyer in future - likely back in the designer’s chair, not directing from the helm.

“I’ve worked on a lot of party-based fantasy games,” he said. “I’d like to shift focus for my next project, but I need to work on something else, not as a director, before that."

Pillars of Eternity 2 recently launched into a solid No. 4 showing on Steam, proving demand for classic party-based adventuring is still high.