Smilegate closes Berlin office after just over one year 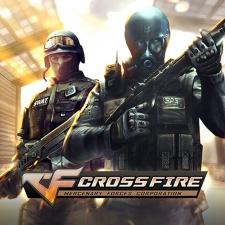 Korean games firm Smilegate has made the decision to close its Berlin studio.

The office opened in February 2017, with the aim of pushing the company's Crossfire IP into Europe. The title has 650m players around the world, with a concurrent player peak of a massive eight million users.

The location will be closed down by the middle of this year.

Part of the Korean firm's push was tied to esports. The game was featured in the Intel Extreme Masters in Poland for the second year last month, but it would seem that it has really failed to take off in Europe.

"The decision has been taken to implement Smilegate's new business strategy which foresees restructuring of certain parts of the business in the Smilegate group," a Smilegate spokesperson said, as reported by GamesIndustry.biz.

"This will not have an impact on customer relations as all products, particularly Crossfire, will continue to be serviced by Smilegate as normal."

Speaking of Crossfire in Europe, Quantum Break developer Remedy Entertainment has been hard at work on a single-player campaign for Crossfire 2. We've reached out to the Finnish studio to see if this change is going to affect that project, or Remedy's involvement.