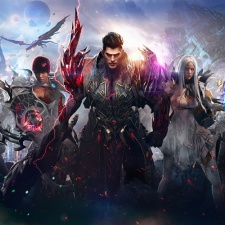 That's according to SteamCharts, which reports that the title hit a record of 1,324,761 simultaneous users at 21:00 on Saturday, February 12th. Within the last 24 hours, the record is 1,316,854 players and at the time of writing, Lost Ark boasts 723,536 concurrent users. That means it has the second-highest player figure on Steam at this point in time.

The title was released on February 11th as a free-to-play title but even before launch the game was bringing in some serious numbers. Players who purchased the Founders Pack were able to play the title three days early, meaning that even before its proper official release, Lost Ark was attracting north of 505k concurrent players on Steam.

The project was created by Korean firm Smilegate with Amazon Game Studios acting as publisher.

"We’re blown away by the number of players that have joined us in Lost Ark since our launch on Friday," the developers wrote on its website.

"Arkesia is filled to the brim with eager players, so we’re working as quickly as possible to set up an entirely new region of servers in Europe."