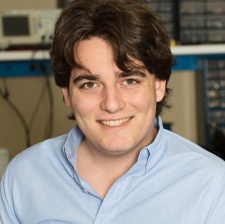 Oculus co-founder Palmer Luckey is leaving the company he started following a string of PR nightmares that led to his withdrawal from the public eye.

As reported by UploadVR, March 31st is Luckey's last day working at Facebook, which owns Oculus. It is unknown if he is being ousted by the company or if he is leaving voluntarily, or what the reasons for his departure may be.

"Palmer will be dearly missed. Palmer's legacy extends far beyond Oculus," said Facebook in an statement on the matter.

"His inventive spirit helped kickstart the modern VR revolution and helped build an industry. We're thankful for everything he did for Oculus and VR, and we wish him all the best."

Luckey's problems began when he was tied to a far-right group associated with using inflammatory tactics against Hillary Clinton in the 2016 presidential election campaign.

He withdrew from the public shortly after he was discovered, and was notably missing at Oculus' third Oculus Develop Conference.

Luckey and Oculus were then successfully sued by ZeniMax Media for $500 million for failing to comply with an NDA. Luckey himself paid had to pay $50 million out of his own pocket.