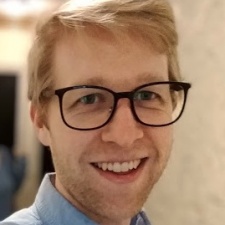 Today, we're speaking to Austin Dixon from Studio T-REX, who submitted Hiro's Escape to The Big Indie Pitch (PC+Console Edition) at Pocket Gamer Connects Digital #4 and walked away with as the winner.

Austin Dixon: I'm a one-man band right now. During the day I'm a full-time graduate researcher studying how non-coding regions of human DNA contribute to driving cancer. But in the early mornings and late nights, I work as much as I can on game projects. I code, animate, and make music, but I've been reaching out to some possible collaborators for the future.

My main goal with Studio T-REX comes from a quote from Gameboy designer Gunpei Yokoi. He said Nintendo's philosophy was: "Lateral thinking with withered technology." The idea is to see old-tech in a new light and try to reinvent how people engage with it. I apply that by taking well-worn genres and trying to go back to their core and see the full possibility space, and not just what has been successful in the past. Driven by the need to make a profit, companies typically find a branch on the tree and get as much fruit as they can from it, but there are so many other branches! That's all I'm trying to do: find a view of the full tree when it comes to mechanics and genres.

Tell us about Hiro's Escape that you pitched at the competition.

Hiro's Escape is a stealthy, Gameboy-styled, action-puzzle game about a boy trying to reunite with his family during the Onin War of 1467 feudal Japan. Imagine Metal Gear Solid and Celeste mashing together, and I think Hiro's Escape is pretty close to what you would get. The ongoing refugee crises we see around the world drives me to tell a story that is an analogue to the innocent fear these people experience every day. Part of the revenue from the game will be donated to the International Refugee Committee, which works to help refugees around the world.

What do you think are the most unique and interesting aspects of Hiro's Escape that gamers may never have seen before?

Most stealth games lean heavily on staying as undetected as possible, giving the player mechanics and gadgets and weapons that help them get out of the 'Alerted' state where you're being chased. In Hiro's Escape, the enemies are the ones with the weapons and abilities, so most levels require Hiro to be seen on purpose in order to manipulate enemies. I think that creates a player-driven tension that is unique.

Hiro's Escape is unashamedly retro and looks to blend the platforming action of Celeste with the stealth of the classic MSX Metal Gear. What made you choose this unique mix and a retro aesthetic, and what do you think you bring to these that may not have been seen before?

The game originally started out as a Gameboy Jam entry, but as I've gotten to work with the four-colour scheme I've realized that it shares a lot of similarities with black-and-white films and so I've tried to focus a lot on contrast and shadow. I'm trying to make the best looking Gameboy game ever.

For the mix of genres, it really goes back to that quote from Gunpei Yokoi. For example, most stealth games lean heavily on simulation mechanics. I've tried to create something snappier and more arcade-like and it still passes as a stealth game. It's a coincidence that I would be making a Gameboy-styled game and quote the system's designer, but here we are!

How did you come to choose the platforms that you would develop Hiro's Escape for?

As a single-player experience with a serious narrative about refugees and family, I think the time and attention that can come from sitting at a TV or computer makes consoles and PC/Mac a good fit. The game also works really well with a controller, so I think that audience would connect best with it. It also would be awesome to play a 'Gameboy' game on the Switch.

I've had so many privileges in support from my parents and wife, so while I'm proud of the hard work I've accomplished, it has been without so much of the stress and anxiety that less-fortunate developers experience. I've just tried to do the best with what I have. I've been working and going to school in New York City for the past 4 years on top of having a family and so the vast majority of Hiro's Escape up to this point was developed while I rode the train and subway each day. Every part of the game (even audio) has been worked on in some way on a crowded train or subway car. That's if I get a seat! If I don't then I will try and work on the design in a little notebook I carry with me. You just do what you can and hope it works out. I think the most important thing is to do something each day that pushes the game forward.

One of the hardest parts of being a developer, especially solo, is having nothing but your own intuition about whether what you're working on is any good. Finding ways to test the game and get feedback is so crucial, not just playing the game but how it looks and how it communicates its ideas. That's why I wanted to do the Big Indie Pitch. I never thought I'd win, especially not first place, but it has been so validating. I can finally say to myself, "You know what Austin? The game is actually good it's not just your family patting you on the back."

I think the biggest lesson I've learned is about letting go when a project just isn't working out. I've worked on 4 different games before Hiro's Escape, and although I learned a ton on each one I worked far too long on them before setting them aside. Learning to prototype quickly and not getting bogged down in polishing something that was never going to work anyways is a mistake I'm totally guilty of. Also, I've found that as I get older and my time becomes more committed I have to wake up earlier and earlier to do anything for myself. So I'm a big evangelist for the 'early to bed, early to rise' philosophy! Waking up early is great, you don't have to wait until the end for your job or school-day to work on the thing that excites you. You get to do it first thing!

What a cool event. Judges from all kinds of backgrounds give you a wide variety of feedback that helps improve the game and you can make meaningful connections. You also get to see what other developers are doing and what they think is interesting. It is a really low-stress environment so I would encourage anyone with an interest to submit a game. It's not just about competing, it's about getting feedback and understanding your game better.

In working on the pitch I had to really think about what Hiro's Escape actually is: what is it good at? What makes it unique? What is it not? That polishing of the game's vision and scope will really help me going forward. As far as what else to gain I realize now that my pitch and game are in a state that I can begin pitching to publishers with confidence.

I hope the game can connect with people emotionally and mechanically. I want to tell a meaningful story that mirrors some of the issues we see in the world today and so I hope that comes through and resonates.

For future projects, I have a notebook of over hundreds of game ideas so just you wait!