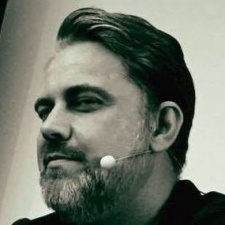 Founded back in 2007, Daedalic Entertainment has predominantly focused on small scale point-and-click adventure games in addition to indie titles in more recent years.

But the company's future is certainly looking bright as it has secured the rights to The Lord of the Rings license for video games in the wake of Amazon landing the TV rights and being set to produce the most expensive show ever.

Daedalic's first title centres on the conflicted Gollum and will be launching in 2021. We caught up with CEO Carsten Fichtelmann to find out a bit more about this project.

So this is a huge license - how did you come to work on The Lord of the Rings IP?

Due to the fact that storytelling is difficult, you need to work with something that is timeless. When you are in a situation where no-one has a secure foundation, you need to have something that's also a TV series and on subscription services. This is also the biggest thing we have right now. We licensed The Lord of the Rings. We spoke to Middle-earth Enterprises four or five years ago. These are the same people that Peter Jackson called 20 years ago to make the film.

What can you tell us about this project?

The game is going to be an action adventure - the first part of a series - and will launch in 2021 for all relevant platforms. The license has already been out there for 60 years - it's still popular and what we are doing with the license is focusing on one character where their conflict is already there and explained. That's quite a good starting point for a story-telling game. That character will be Gollum.

We also have mobile rights. This is meant to be a premium game. Maybe what Google announced today is good for us, but it could mean that the iPad in 2021 is easily relevant for premium games. Now it doesn't seem that relevant to pay $40-to-$50 for a game on TV, but we will see.

Historically speaking, there have been a huge number of video games based on blockbuster licensed IP from film, TV and even books. A massive number of these haven't been that high a quality. Could you tell us a bit about your process of approaching and adapting The Lord of the Rings?

The reason we got the license is that the Tolkien Estate is really interested in a company that is really deep into how storytelling works for the license. Obviously, it is not enough to do a point-and-click adventure game, which wasn't ever our intention. Five to ten years ago, we'd have no other choice but to do a game that costs $500,000 - now we are capable of producing games that cost $5m-plus.

Is that the sort of budget that this game has?

$5m-plus? Definitely. It depends on the partnerships and the number of platforms. That figure excludes marketing so the total investment will be higher, but this is obviously that we need to fulfil in order to do it right by the license. Visually, we can't show you anything about it because we are still discussing that, but our philosophy is that we try to come up with something that is timeless, not produced so deep into the uncanny valley to be outdated in the next two years. In 20 or 30 years, like The Lion King from Disney, this will be there in two decades. New people will play it on new platforms. This is one of only maybe four or five licenses that are capable of having that impact when it comes to storytelling if you are producing a game today that they are still relevant in maybe 20 years.

Before now, Daedalic has had a degree of success in its niche. An IP like The Lord of the Rings, however, is likely how you reach the big leagues. How much of the future of Daedalic is staked on working with this property?

It's not so important for us to be one of the big companies. It's great that what we are doing storytelling-wise - and with our other games like Shadow Tactics, Black Arts or all of our adventure titles - that we are doing specific things in each genre where hopefully people will remember our games.

Obviously, if the game is very successful and we work on a second, a third or a fourth, then maybe Daedalic will be a different company compared to today than in 2022. But if this is the case, we like to concentrate mainly on the content and mainly on producing a fantastic game. If we are much more successful compared to today, that's great. But that's not the only goal we have. Maybe this is the classic indie view we still have as a publisher.