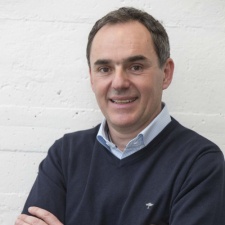 The CEO of tamper prevention firm Denuvo Reinhard Blaukovitsch tells us why the company wants to stop cheating, too

Over the past few years, the explosive growth in multiplayer video games has brought great things for both gamers and publishers alike. But it has also brought with it a cloud in the form of cheating. Cheaters often ruin the gaming experience for honest players and the knock-on impact for publishers can be equally negative.

This was borne out in a study commissioned by Irdeto last year which found that 60 per cent of gamers had their multiplayer gaming experience negatively impacted by other players cheating on multiple occasions. In addition, 77 per cent of players said they were likely to quit a game for good if they felt opponents weren’t playing fair. The message is clear for publishers of multiplayer online games – tackle cheating or lose players and revenue.

Indeed, the seriousness with which the video game industry is treating the threat from cheaters was perhaps best demonstrated last week when news broke that Respawn Entertainment, the studio which publishes Apex Legends, had banned 355,000 cheating players.

The implications are clear for the video games market and cheating is also a crucial issue in the rapidly rising esports sector – with major cash prizes often on offer, the impact of cheating on legitimate players could be even greater.

So, what can publishers do about the challenge from cheaters? Well, Denuvo has been focusing on this exact problem over the past year and the result is the launch of Denuvo’s Anti-Cheat solution at GDC in San Francisco this week.

Denuvo Anti-Cheat prevents cheaters from manipulating and extracting data or code to gain an advantage over other gamers. The solution makes use of the latest hardware security features offered by Intel and AMD, combined with Machine Learning of game-agnostic process metrics, to ensure no false positives and maximum detection of cheating.

With this launch, Denuvo is aiming to ensure that all gamers and esports players are on a level playing field to ensure that the online multiplayer experience is fair and rewarding for all players. While we realize some gamers may treat this news with trepidation, Anti-Cheat by Denuvo’s only impact will be to stop cheating from games, while ensuring optimal game performance for players. Developed by security experts and video game enthusiasts, Denuvo’s technology has no impact on the gameplay experience and its non-intrusive reporting methodology ensures the developer’s workflow is never impacted.

This is obviously not good news for the gamers that cheat, but the importance of the issue was demonstrated in Irdeto’s research, which showed that cheating is rife in multiplayer online games, with some gamers always placing their own experience and desire to win above all else. While 57% of gamers globally stated they have never used third-party tools to cheat in multiplayer games online, a substantial proportion of 12% admitted to being cheaters: regularly taking action, including modifying game files and/or using hardware tools to cheat.

It’s clear that the vast majority of gamers are legitimate players who deserve the best possible experience and cheaters can therefore not be allowed to prosper. Game publishers must look to secure their games against cheating to ensure a great experience for gamers all over the world who want to play by the rules, while protecting their own revenues.