Behind the massive rise of Busan Indie Connect Festival 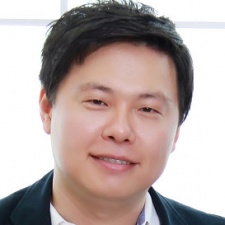 As part of our South Korea Special, dedicated to the country's games industry, we've been profiling a select few companies and organisations from the sector.

Today we're speaking with the organiser of the Busan Indie Connect Festival, a celebration of indie developers in the country.

Prior to its formation in 2015, various meet-up events called Open Plan Day and the Indie Developer Summit would take place. There are of course other large events as well, including G-STAR.

But there was still a keenness for a large event targetted solely at indie devs. Then a few years ago the Busan IT Promotion Agency (BIPA), which heads up the city of Busan's IT infrastructure, approached what's now the BIC Festival Organising Committee to put together an event, and in 2015 the first ever Busan Indie Connect Festival kicked off.

To find out more about the show and South Korea's indie games scene, we spoke to the event's director Dustin Lee.

PocketGamer.biz: How successful was the most recent event?

For the first two years, we opened up to the public with free tickets for Busan citizens, since we were not sure we could make a successful event with only indie games.

After the second BIC event, we decided to change to a closed event for gamers only and began to sell tickets to those who love indie games. It was a big decision for us.

The third year of BIC (2017) ended with 10,273 attendees. Our decision was successful not only due to the numbers, but we also got good feedback from exhibitors and attendees and this year (2018) we hosted 11,797 attendees.

Join Steel Media and Jagex Partners to explore the Korean market first hand at G-STAR, the biggest games conference in the region. We're running the finale of the Big Indie Awards, two Big Indie Pitches and a PG Party in association with Persona.ly, Jagex and G-Star, whilst Jagex is launching its Jagex Partner program, looking to connect with developers and publishers in the 'living games' space.

This article is part of our South Korea Special running all through this week.