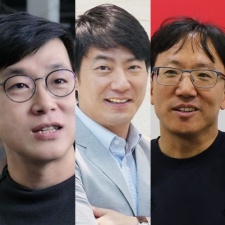 South Korea’s games sector is one of the biggest in the industry. As we noted in a previous article in our South Korea Special, Newzoo claims the local games industry is worth as much as $5.6 billion.

According to the Korea Creative Content Agency, the mobile games market alone grew sales year-on-year by 24.3 per cent to $3.8 billion in 2017. The sector’s share of the entire Korean games market this year has increased to 39.7 per cent, with further growth anticipated.

Then there’s also Kakao, which has its own games division set to float on the secondary Kosdaq market, and Maplestory publishing giant Nexon - though the latter is headquartered in Tokyo.

And you might have heard of Bluehole and PUBG Corp, behind the worldwide PC, Xbox and mobile smash hit Playerunknown’s Battlegrounds, setting off a rush across the global games industry to the battle royale genre.

This week we’ve also been profiling various other successful companies in the region too, including Webzen, NHN Entertainment and Ekkorr.

The Korean games industry has entered a huge growth phase in the early '10s as the mainstream platform has shifted from PC online to mobile.

In short: it’s an industry that has spawned enormous games companies. And many of these experience a lot of their success at home, which is telling of just how lucrative the country’s games market is by itself.

And while PC remains popular, mobile has spearheaded much of the growth of this industry in recent years.

“In 2012, a number of mobile games were launched through Kakao, one of Korea's major social platforms. Since then, the games market has grown rapidly due to the influx of a wide spectrum of users, such as female players as well as users of all ages.

“In 2017, the Korean games market has surpassed approximately 11 trillion won (around $10bn) in value, and for the first time, the mobile games market overtook the online games market.

“In addition, simulation RPGs such as Com2uS’s Summoners War and Netmarble’s Seven Knights started to become popular as the RPG genre became a trend. This also led to the big success of ARPGs, such as 4:33’s Blade.

“The trend has gradually been changing and currently MMORPGs such as NCSoft’s Lineage M Pearl Abyss’ Black Desert Mobile are leading the way.”

PocketGamer.biz has the full story

Join Steel Media and Jagex Partners to explore the Korean market first hand at G-STAR, the biggest games conference in the region. We're running the finale of the Big Indie Awards, two Big Indie Pitches and a PG Party in association with Persona.ly, Jagex and G-Star, whilst Jagex is launching its Jagex Partner program, looking to connect with developers and publishers in the 'living games' space.

This article is part of our South Korea Special running all through this week.