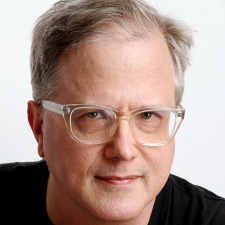 During Microsoft's E3 2016 press conference, one game did a very good job of turning heads.

We Happy Few, from Contrast developer Compulsion Games, wowed the audiences both in the room and at home with an intriguing dystopian world and art style that was certainly reminiscent of the BioShock series.

There was just one, small problem. When the studio released the game into Early Access the following month, consumers were surprised to find that the way they were playing didn't really tally with the narrative-centric segment that had been showing off at the LA trade show.

"One of the issues we had was that when we came out, people saw the introduction that we did and then they were surprised that the game didn't match up to that," narrative designer Alex Epstein tells PCGamesInsider.biz.

"It actually did, just not the part that we released. It's always been a narrative game; it was always intended to have linear stories about the main characters along with side quests. That part of the game has not changed, but the perception has changed because people didn't know what we were doing behind the scenes. We kept telling people we were recording actors. Something I was picking up on when we were looking at other Early Access games is that you see them when they come out - they're maybe about 70 or 75 per cent done and it's getting the rest finished. I feel We Happy Few was 35 per cent done. When people played the original Early Access release, there were about four hours of content to explore in this procedurally generated world. Based on our playtesting, our testers are clocking in at over 20 hours for the main path."

One of the issues we had was that when we came out, people saw the introduction that we did and then they were surprised that the game didn't match up to that

This shift in what the audience expects from Early Access was one that happened around the time of We Happy Few's launch. Where before a studio could release the core gameplay loop of their project and go on to spend another three or four years making the actual game, now consumers anticipate a much larger portion of the project to be playable.

Epstein goes to say that developing a title with a narrative focus poses something of a challenge for a studio using Early Access. When companies are under pressure to deliver regular updates, longer-term goals like story tend to fall by the wayside.

"The tricky thing to manage when you are doing Early Access is the team has a tendency to work towards the next build," he explains.

"If you're releasing a new build every two weeks, then things that are going to take a long time often get pushed back and things that can be done in the next fortnight go to the front. You really have to remember that we really need this thing to work, we have to keep pushing it. Fortunately, we had always decided to hold back the stories; you don't want to release half a narrative. What was interesting about it was that we were always developing the stories and no-one believed us. On our forums, people were asking over and over whether there was going to be a story. We were like: "Yes, there's going to be a story. We're making the story; we're making three stories". But there's been so much vapourware in this business that people are like: 'Pull the other one'."

When asked for his top tips for Early Access projects, he says to not let the pressure of delivering regular builds

"There are things you aren't going to be able to do every two weeks," he explains.

"You have to be really clear with your players what you're doing in the Early Access builds and what you're not doing. Players are going to expect balancing, for example. You can't begin to balance a game until you know what all the systems are and you don't have all the systems in Early Access. If players say something is OP or needs to be nerfed, then you make decisions based on that, they'll probably be wrong."

Earlier this year, the studio removed We Happy Few from storefronts in January in order to give it that final polish before launch.

"We've been fine-tuning the game ever since then," Epstein explains.

"We could not be finetuning the game if we were trying to manage a community of people, too. At a certain point we said: 'Thank you, we're going to take the game off Early Access and you can't buy it anymore and we'll release the game when we're confident it's as good as we can make it."