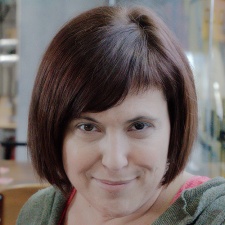 For the last five years, Wales-based Tiny Rebel has been working on the Doctor Who franchise. In 2013 the outfit released Doctor Who Legacy, a free-to-play collect-em-all title for mobile, something the studio ended up developing after approaching the BBC for the Sherlock IP.

Now, despite massive success from Legacy, the firm is trying a new tact with the business model on its latest title: Doctor Who Infinity.

"We had come off the heavy support period of Doctor Who Legacy and that had done well for us, but we didn't want to do another free-to-play game," studio co-founder and executive producer Susan Cummings says.

"It's brutal, especially for a small company. Tiny Rebel Games is two people - my husband and I - and we don't have any aspirations to make a bigger company. Some of the decisions we made running the game really challenging. When we launched the game, you had to be online and we got a lot of push back about the fact that people didn't want to be online. So we made an offline game, and the moment you do that it's really hard to track your analytics in terms of who is playing and such because you have to wait for that data to sync up the next time they come online. It's brutal trying to track that kind of thing. We had consciously made Legacy as a fair game that wasn't trying to screw you. We hated energy meters so we avoided that. We avoided advertising for the first two years that the game was live. We didn't try to throw users up in the game so that they had to use time crystals.

"We did everything we could. Kotaku called it one of the fairest examples of free-to-play games, which is great but it's really hard to make money. We did well. We are in no way Glu in terms of the revenue we are making. It was a good experience, we had 2.5m installs but the free-to-play piece of it was so hard, constantly trying to find more ways to get people interested in supporting the game. We had a fan area where as soon as someone spends money they get to unlock it and they get all these rewards, but you're still lucky to get five-to-ten per cent of people who are willing to do it. It's hard and we don't want to be coercive. We just wanted to make a game that everyone loved and leave it at that. This time around, we landed on premium."

Until 2016, Tiny Rebel was based in Los Angeles but the firm moved to Newport, South Wales. This was fortuitous, with the local government being keen to invest in video games.

"The Welsh Government had a media investment budget that was going to film and television and they wanted to invest in games but they hadn't really had the opportunity to," Cummings says.

"We started talking to them about our move over and there was interest in funding but they wanted us to work with more people in Wales if possible as opposed to half of the development being in Taiwan. We started to look around to see what was possible. By sheer luck, there are a lot of comic book writers and artists living in Wales. Because it was a 2D game, we could actually sub out some of the things that we had done last time. It turns out we could get these comic book artists and writers on board. They all said yes, everyone was excited to get involved in it. The Welsh Government funded it along with Double Eleven and we signed an amazing roster of talent to work with. We said we'd empower them to tell original Doctor Who stories. Last time, the BBC told us to stay far away from new stories as they didn't really know us and then gave us seven months to make a game. This time around, that all changed. We did do an original story for Doctor Who Legacy; the BBC liked what we were doing so it's a better situation now. They approved pretty much all the stories we said we wanted to do with very little pushback in terms of changes."

Infinity is also a PC game, a first for the Welsh game maker, and something Tiny Rebel was keen to do after working on mobile.

"This time around we wanted to make a PC game," Cummings says.

"Lee [Cummings, Tiny Rebel producer] and I come from PC and console backgrounds, not mobile. Legacy was our first mobile game. It was really cool to get back to something more akin to what we did in our Take-Two days. We've really developed this first and foremost for the PC. Mobile is more a port of the PC version. We slung everything horizontally and everything has really been about showcasing the beautiful art. The gem colour schemes are all taken from the palette of the stories. The individual icons all come from the stories so it's a really different thing to what we've done before."

Gem colour schemes, you say? Yes, Infinity is a match three game. When most people think this genre, they think Candy Crush. But Cummings reckons there's a lot of innovation to be done in this space.

"Lee and I have been talking for a long time now about how to evolve a mechanic and what's possible with this gem-matching mechanic," she says.

"In Dungeons and Dragons, no-one questions why we still use dice after all these years; it just works. Somehow you roll a dice and assume there's an orc across the room and that's okay and it works within the language of Dungeons and Dragons. Our theory is that it's the same with gem matching. On PC, it hasn't traditionally been that big a thing - some people have done it like Marvel Puzzle Quest. There's a horrible stigma around match-three games and we're trying to fix that. We do think it's a really accessible mechanic. We know the Doctor Who audience really well coming off of Doctor Who Legacy and know that a lot of these people don't play games.

"We think it's really important that it's a mechanic that they can quickly get their heads around. It allows us to do the sort of thing that we're doing in terms of tightly tying in gameplay to story. It's different to if we were doing a 3D game or something like that. It just wouldn't be possible; it'd take a year or more to do each of the stories so it's something that allows us to rapidly iterate on gameplay and change up gameplay. I'm hoping that bringing it all together and then increasing production values and art style and bringing in the actors and everything else will go a long way to recovering the genre."