What are the biggest mistakes you can make in a pitch? Communications guru Jon Torrens tells all 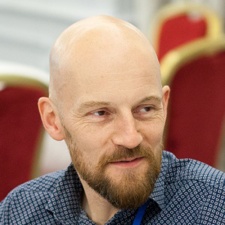 Today, communications coach and pitching guru Jon Torrens tells us about some of the biggest pitching problems he has witnessed and how they can be avoided.

Pitching the idea for your game can feel like you’re playing life on the ‘Hard’ setting, during which you may perpetrate a pitching crime.

Here are some major pitch fails that I’ve witnessed:

No Preparation
The team pitching has clearly not rehearsed even once. In fact, it appears that they’ve just met and decided only a few minutes beforehand to collaborate on this ambitious project. Unfortunately, this fail is obvious from the very first moment. Nothing switches an audience off quicker than a group of speakers who fumble their introduction, fluff the key objectives and flounder* with the technology. Within seconds of starting, your audience will want your moment in the spotlight to end, regardless of how good your actual idea is. Shame, that.

No Passion
Imagine this line delivered by someone who looks bored: “We love this idea and find it very exciting.” It doesn’t work because they’re describing something that we can see isn’t true. The material won’t stand on its own, you have to show that it matters. If you have no enthusiasm for the idea, why should anyone else have some? You embarked on your particular game development adventure for a reason. What was it?

No Plan
“We’ll complete the project at some point next year.” Brilliant. No milestones, deliverables, holidays or contingencies? What were you thinking? If you don’t convince your audience that you have a realistic schedule, they’ll have little faith that this is a sound business investment.

No Story
Speaking of which, they’re not really investing in your idea. Not really. They’re investing in a group of people to do a load of work. So with that in mind, who are you? What are your team’s special abilities and how do you come together like a giant Japanese mech to create gaming magic? What’s gone wrong and what did you do? Give us a little drama and prove that you’re brilliant problem-solvers who do actually take holidays, because, you’re like, real human beings. Working 12-hour days isn’t smart. It is, in fact, the opposite. I know, pretty amazing, right?

Slow, Shambling Finish
“So, I think… yeah. I think that’s everything? OK, so, that’s our time… that was all the main points… so… yeah.”

For goodness’ sake, finish properly! Even the most inspiring, polished pitch will be scuppered by a flailing, vague conclusion. You might as well strap a load of thermal explosives to your demo PC and walk out of the room.

Instead, bring all the key points from the pitch together and tell them, again, why this idea will blow people’s minds and make MAXIMUM COINAGE.

If you’re unlucky enough to have committed any of these, worry not. I’ll be giving a talk at PC Connects which will contain a lot of tasty techniques so you can avoid these problems, beat the final boss and reach the Elite level for pitching your idea and securing the investment you need.