'Battlestar Galactica Deadlock will open a brand new audience up for us,' says Slitherine 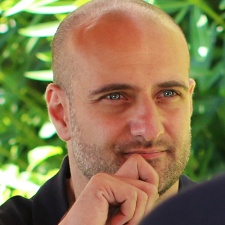 Deadlock is a tactical sci-fi title being developed by Black Lab Games – best known for Star Hammer: The Vanguard Prophecy – and published by Italian strategy specialists Slitherine, set before the events of the smash hit TV show.

The game hits Steam today, before PlayStation 4 and Xbox One versions launch later in the year.

So how did working on the Battlestar IP come about?

“The Black Lab team are huge fans of both the original series and the re-imagined one,” Slitherine marketing director Marco A. Minoli says.

“We pitched to obtain the license we the intention of creating a experience that would please fans of the TV show while being a solid gaming experience. It’s always been our goal to create the best BSG game ever made to pay homage to the showrunners, the actors and writers who have made such an amazing job to tell a wonderful story. We were lucky enough to find a lot of collaboration at NBCU and UCP. It’s really been a joint effort and this level of team work doesn’t always happen when developing IP based video games.”

Working on someone else’s IP, of course, throws up its fair share of challenges as well as a number of benefits.

“The challenge is that you know that there’s lots of people out there who are hugely invested in the series and you’re carrying a lot of their expectations on every decision you make,” Minoli explains.

“But on the other side, you’ve got this amazing universe that’s already there with all its stories and background which gives such a fantastic place for new ideas to start from.”

Minoli goes on to say that the feedback from fans has been positive, both from Battlestar fans – who haven’t had much luck with new BSG content (see also: cancelled TV projects Caprica and Blood & Chrome) – as well as ‘regular’ gamers.

“We’ve been blown away by the reactions from the community,” he explains.

“Both from the BSG fans and also the gamers who maybe didn’t catch the series the first time round. The help they’ve given to the team to improve the game make it such a sensational experience was invaluable and we certainly hope that players will see that when playing the game at release.”

But ultimately, this release will open up a brand new market for the Italian publisher, who has typically been concerned with hardcore strategy games, as well as Black Lab.

“This will game is allowing Slitherine and Black Lab to speak to a new audience,” Minoli says.

“We have been making deep strategy games for over fifteen years now and we worked hard to nurture a niche of the market that’s always been loyal and this game is not exception. We are going to offer a game that is deep and challenging, but speak to a potentially whole new audience.

“Battlestar Galactica Deadlock is a true Slitherine game, developed by one of the most talented studios for the genre.”