Why Jump thinks it can do 'Netflix for games' right 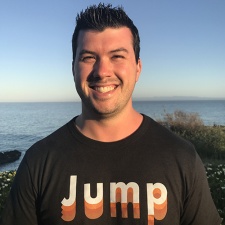 The notion of ‘Netflix for games’ isn’t exactly new.

Services such as Gaikai and On Live, as well as Nvidia’s GeForce Now, have tried to use this streaming content business model, but thus far, results have been mixed to poor.

But a new company called Jump is giving this sector a try, and it has a slightly different approach.

Founded by developer Anthony Palma, formerly of Kermdinger Studios, which was working on an unreleased game called Stunt Runner, Jump promises to fix a lot of the problems streaming services in the games sector have.

"We saw that the market needed something like this to really help game developers get their projects discovered and distributed across multiple platforms," Palma says.

"That logical next step in the life cycle is clear. If you look at the movie industry, they go on premium sales and cinema tickets, but when those dip off they have secondary channels like HBO or Netflix or Hulu. That doesn't really exist in games. There are just Steam Sales and Humble Bundles. We had an opportunity to fill that bucket and we just saw the tech coming because we were a developer and that's what led us to Jump today.”

The streaming ‘Netflix for games’ model is nothing new, and after the failure(s) of companies like On Live, this kind of tech doesn’t exactly have the best reputation. But Palma believes that Jump’s tech sets it apart from other services in the market.

“If you look at OnLive or Gaikai, and even with what Xbox is doing now with GamePass, there have been a few problems in the past,” Palma explains.

“One was the tech; streaming is fine for movies or TV because you know what's coming next, so you can buffer a certain amount and there's no latency or quality issues. With games, because they’re interactive, there's always an inherent amount of latency between my inputs and the game receiving them on the server and sending me the video back. It just doesn't work for most game experiences. Anything twitchy, anything that would be an eSport, VR, none of that would work on streaming. The tech is the problem. It was also really expensive to run streaming services.

“Our HyperJump tech also delivers the game locally to your device, but only temporarily and in chunks. What that means is you don't need to wait for a full download, you don't need to permanently install a new game and take up hard drive space, but we are also not streaming it. It is running locally as if it were installed, but it's not permanently installed. That's how you get a quick load time, that's how you are able to run the game as if you were installed.

"With that, the delivery method we are using is very cheap on the server side; so we have solved the price problem so we can give 70 per cent of our revenue at $10 a month and still be fine.”

Games have to be submitted to us like in the old days of Steam. That's what made Steam so popular; you could go there and expect a certain level of quality, pre-Greenlight

Okay, that all sound well and good. But what's the pitch to developers?

“The first thing is to make sure that developers are coming on at the right time – we encourage developers to run their premium sale cycles on stores like Steam or XBLA or wherever, but when they hit that long tail when there aren't many sales what's when we think it's a good time to come to Jump,” he says.

“That could be a week, a month or a few years after launch depending on the game, but we work with them to make sure it's the right time for them so they don't feel we are cannabalising their sales. It should feel like a complementary revenue stream for them. We take a lot of the friction out for them worrying about losing sales.

“Secondly, me being a developer really helps in the porting process. We have docks and porting things put together to help transition to our web-based formats. Unity Export can take anything from a hour to a day or two in our plugin, which we call the Hyper Jump tech.

“The third thing we do is to de-risk the porting process because we are a new platform – and I mentioned we raised a round of funding earlier this year – we actually set about a third of that aside for advances on revenue on a case-by-case basis. Often we'll pay a developer a certain amount of money; it's a modest amount but enough to de-risk that porting process so that they don't have to worry about losing a week or a day or two. So we try and make it as easy as possible across the board.”

For the compensation model, Jump is actually closer to something like Spotify than Netflix, in that developers are paid for playtime rather than taking an upfront fee.

The way Spotify compensates artists has actually come under an awful lot of fire, due to the fact musicians don’t actually make that much from the platform. But Palma says that not only is its revenue sharing fairer than Spotify’s, developers are more likely to be found due to it being a smaller platform.

"Spotify has millions of songs, so the chances of being found are remote," he says. "What's really important is that we heavily curate the platform so that we know that there are only a certain number of games on the service at any given time that gives developers a great chance at discoverability.

“We will have 60 to 100 games at launch, and we are planning on adding about ten games a month after that. Our user base should theoretically grow faster than our content base so developers will have a good chance to be found regardless. You're not going to get lost in a sea of other games on Steam. You can be part of a small crew of curated games where you'll have a great chance of being found and played. Our payout system works on a per minute basis. It works out at around $0.25 to $0.50 an hour for play time. That's the biggest difference.”

So, aside from games being later in their life cycles, what sort of projects is Jump looking to work with?

“We have three different pillars that we like to rely on,” Palma explains.

“Our games have to meet at least one of them, some meet two and some even meet three. It has to be a hot seller, a game that sold a bunch of copies. It has to be highly rated, something like a 7/10 or above, or it has to be award winning - IndieCade, IGF, any of the major indie awards. If you meet any of those criteria, your game could exist on Jump. We will review certain cases outside of that; maybe they didn't get enough reviews, maybe they won one award.

"Games have to be submitted to us like in the old days of Steam. That's what made Steam so popular; you could go to Steam and expect a certain level of quality, pre-Greenlight. For developers, it was a minimum guarantee of money because you were with the elites. We want there to be a similar feeling; if you have your game on Jump, you know it's good game. As a user subscribing, you know there's no shovelware or crap in there.”

One of Netflix’s big pushes right now is into producing its own exclusive content. While Jump isn’t ruling that out further down the line, Palma does say that the platform has one exclusive at launch.

“We will be looking into that as soon as we are able to afford our own content,” he says.

“That's going to be something that really drives the differentiator in a platform like this. It's a very important part of the platform. For now, we'll just say it's in our future plans. We'll have some announcements around that sometime in the future. But yes, we're very interested in that. It's crucial part of the business. It's funny; our game, the one we made years ago, is launching for the first time on Jump. So we technically have an exclusive at launch. It's called Stunt Runner and it's in the beta.

"I'm just thrilled that people get to play the game.”

Are you an indie developer looking for more information and insight into the games market? Check out our upcoming event in Helsinki PC Connects. More information here: pc-connects.com

The PC Revolution: Streaming and subscription services are going to change the industry forever