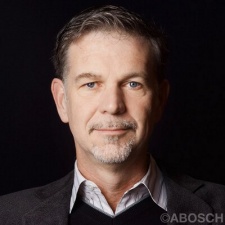 While various companies are competing to be the Netflix of video games, that company has said it doesn't want to be in the business.

Speaking at the New York Times Dealbook conference, Netflix CEO Reed Hastings (pictured) said that while the streaming platform was competing with video games like Fortnite when it came to people's time, Netflix wasn't interested in making or streaming games itself.

"We're really focused on doing incredible series and films and unscripted, but.. you know, basically in that category," he said.

"You're right, there are a lot of other things that people do to entertain themselves, including Fortnite. The original quote was we compete with Fortnite more than HBO, meaning that Fortnite gets a lot more hours of viewing and ultimately it's about competing for those hours of viewing. But we don't compete with Fortnite better by doing something like that because we're not very good at that. We compete by doing the most amazing TV shows you've ever seen so you down Fortnite and come to watch our show because lots of people watch a mix."