‘Minecraft is awesome, but I wanted to try something new’ – Daniel Kaplan's move from Mojang to Coffee Stain 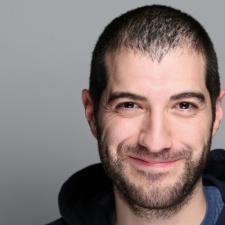 Kaplan was the first person that Markus "Notch" Persson hired to Mojang back in 2010, but he has moved to join Coffee Stain as a business developer.

So when we got a chance to chat to the man himself, the first question is obvious… why leave Mojang? Minecraft has been insanely successful and continues to go from strength to strength; it's so popular that Microsoft shelled out $2.5bn for the studio and IP.

“Well, I've always wanted to work with many different games and I've worked on Minecraft for almost seven years, and felt the need for a change,” Kaplan explains.

“With the acquisition of Mojang almost three years ago, it became quite clear that Minecraft is the way forward for Mojang. At Coffee Stain I will be working on a lot of different projects which is going to be really cool. I still think Minecraft is awesome, but I also felt the need to challenge myself and try something new.”

His new home has undergone a fair bit of change recently. Once a small developer known for making the physics-based comedy title Goat Simulator, Coffee Stain has started helping out other games recently with its Coffee Stain Publishing division.

“There’s been a lot of organisational change, like the decision to start a publishing unit,” Kaplan explains.

“It is not completely new territory for Coffee Stain, since they have published other games in the past, but having dedicated resources and funding, is completely new. In terms of games, Coffee Stain published the game Westport Independent and updates to Goat Simulator. One of the updates of Goat Simulator was the collaboration with the game Payday. And then there are obviously internal projects that we aren't ready to talk about just yet.”

But why is Coffee Stain getting into publishing? Certainly, the company isn’t messing around - Kaplan’s hire is a sure sign of that.

“Coffee Stain has always wanted to make more games and publishing is one way of doing that,” he explains.

He continues: “We are now a strong team with five members. We’ve got people from King, Massive and Coffee Stain.”

So it should come as no surprise then that Coffee Stain has some pretty big ambitions in this space.

“We just want to see games we'd like to play being made. And in comparison to other publishers, we'd really like to get involved with the developers and help them as much as we possible can, everything from game design, production, QA, marketing and so on.

“We’ve got a very experienced team with a lot of knowledge. We're also investing in some of the gaming studios, so it's a mix of being a partner and publisher which I think is really cool.”

But what sort of projects is Coffee Stain looking to work with? Well, that's very much up in the air.

“We don't have a focus on what kind of games we would publish,” Kaplan says.

“We evaluate each project we get pitched by itself and if it is interesting or not for us, then we'll pursue. We haven't made any decisions regarding platforms either so we're open for anything really.”