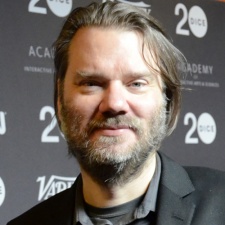 At first, Valve vet Chet Faliszek joining London's Bossa Studiosseemed like a strange match. But upon closer examination, both parties are focused on how new technologies can be implemented in video games.

Faliszek came on board having spent 12 years at the Washington-based PC games giant, experimenting in his latter days with VR. Bossa has been using new tech like widespread physics engines and Improbable's SpatialOS to make charming and innovative titles.

"We got talking about really wanting to do something that could fail," Faliszek tells PCGamesInsider.biz.

"Take a risk that wasn't stupid but one where we didn't know where it was going to go yet."

Now the duo are collaborating to use artificial intelligence in video game narrative.

"The interesting thing to push on within video games is player agency," he explains.

"Letting the player really control their story and their destiny inside of the world as well as deciding what that means without having this traditional narrative structure where you can do what you want inside missions and solve them any way you want, the main story is pushing on and you need to do that. We wanted to do something where the player could do more than that. That's tied into the fact that when you give players agency like that, they're going to do things that you didn't think of. They're going to combine or try things that you didn't anticipate.

"You have to have the NPCs able to react to that in a reasonable way. Even if you hired a team of writers, you're not going to have them come up with all the ways to react so we are using AI to help augment that. We're using AI in a bunch of different ways, besides your traditional combat or navigational AI. We're also having it where you have the story side, as well as an AI on top of everything that's looking at what the player is doing and saying: 'You haven't had a lot of activity' or 'Let's see if we can have this NPC interact with you, it can be doing a million different things - let's pick one that makes actual sense'."

The way that video games tell stories is different to film. You lose control of the narrative and I'm proposing that that's a good thing

In a way, this is an extension of the Director AI from Valve's Left 4 Dead games. That controlled the intensity of levels and decided when to bombard the players with foes.

"Players can't always be doing things and having things thrown at you - you need to be able to step back and take a break or have something different that you want to go do," Faliszek explains.

"It also means you have to give players a lot of choices of what they can go do. That's been important. You can choose to upgrade something, you can fight that person, you can interact with an NPC because you think they have something you want. We give the player a bunch of different choices and then make dependencies of: 'If i want this, I need to speak to that person to get that to build that, then I'm going to fight this person here'. Those are the sorts of things that come out of those choices."

There are challenges inherent to using AI in this way. Much like procedural generation in roguelikes, it can be a bit of a mess if not tested correctly. Faliszek says that Bossa is using the AI to play against itself to make sure everything works.

This implementation of artificial intelligence also opens a lot of doors for smaller developers - much like how the circulation of easy to access engines have done in the last decade.

"There's an opportunity for that for sure," Faliszek says.

"One of the examples I use is how much Unity and Unreal changed things for smaller developers. We don't have a rendering team, we don't have so much of the overhead that we used to have to have. Go back to the late 90s and it was all engineers at game developers because you needed all that expertise.

"But now with Unity and Unreal, you can have a more diverse group of people working who can do bigger projects with fewer staff and especially different people. As we work on the AI tools - and one of the things we've spoken about is sharing and talking about what we're doing - I'm giving the BS version of the talks. It's high level, but as we get into next year the engineers will start talking about it because we feel that's valuable to share. Done right, this should be able to help more developers be able to do more different things and play around. Some of this is selfish on my part, but I want to see more games like this because this is what I like. If we come up with a toolset that works, let's make more tools like this."

This kind of on-the-fly storytelling and character interaction also means that video game narrative - for lack of a better term - could be about to go to the next level. For a while now, there's been a focus on 'cinematic' storytelling in games which somewhat limits what is possible.

"I get sand thrown on me, I work out, there's a minute-long montage and suddenly I'm a tough guy at the end. You're not that character so you can watch that character progress over the passage of time and understand what happened without having to actually experience it. Books are great with omniscient thought and then plays are magical because they are live and there's the energy that happens in those things.

"For me, ignoring multiplayer - because the social aspect is important as well - but that agency thing, that's what games can do that no other medium can. Let's embrace that. Let's go fully down that. Doing that, we'll find out things about games and ways we can express ourselves more in those games and really embrace being a game. I've played games for way too many years and I think too many times we do get the movie version of games versus the games version of games. It's time we just start embracing just the game version of games.

"The way that we tell stories is different. You lose control of the narrative and I'm proposing that that's a good thing - so much so that we have no story in the game so that the player can control their own narrative."