Ape Out creator Gabe Cuzzilo: “I'm just out here trying to make games and not get a real job” 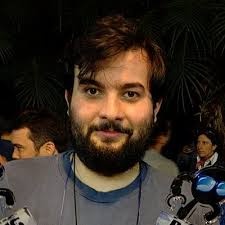 Blending Hotline Miami style hyperviolence with cut-out gorillas and a jazzy drum beat, Ape Out certainly made an impression when it hit PC and Switch at the end of February

We caught up with Ape Out creator Gabe Cuzzillo for a quick chat in the wake of the simian smash ‘em up’s successful launch.

Who are you, and what is your history in development?

Hey, I'm Gabe Cuzzillo. I started making games in 2013 and released Foiled, a local multiplayer platforming fighting game the same year. People seemed to like that game pretty well, and I've been working on Ape Out ever since. I also teach game development as an adjunct professor at New York University.

What was the pitch behind Ape Out?

At the beginning there wasn't really a pitch, I was trying to make a top-down stealth game that felt good. It took a long time to take shape. Once it came together the pitch was primarily a gameplay video.

Has Ape Out’s development been entirely solo, or have you worked with collaborators to bring everything together?

I worked solo for several years, but the last two or so I've been working closely with Matt Boch for music, and more recently Bennett Foddy helped out with the art. It turns out making a game by yourself really sucks.

How did you get involved with Devolver Digital?

I pitched them the game via email, and they dug it.

What have you learned from the process of creating Ape Out?

Well, it's intertwined with the vast majority of my adult life, so a lot! I've learned how to make Ape Out, which turned out to be pretty hard. I've learned I shouldn't work alone. I've learned a bit more about how to collaborate.

What’s your take on the rapidly-shifting state of online games storefronts?

That's more Devolver's purview. I'm just out here trying to make games and not get a real job.