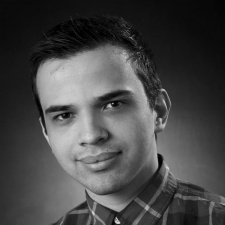 The title is an ambitious side project from development vet Gus Martin away from his triple-A day job.

Though the developer has held roles at some of the biggest companies in the games sector, including EA, Square Enix and - currently - Capcom, Martin has continually worked on his own titles using the skills he has learnt working at these industry giants.

“Throughout all my time in triple-A, I kept building my own games, my own prototypes, in my spare time, improving my skills and learning more," he tells PCGamesInsider.biz.

"Having worked as a designer, a technical artist, an AI programmer, and a tools programmer, it helped me build a well-rounded skillset that has really helped in making my own projects.”

Resort Boss: Golf gained attention online, with a rabid community developing around the game. One member of that title's fanbase was a member of staff at simulation specialists turned indie publisher Excalibur - who was interested in releasing the game.

“I had the game listed for alpha at one of these websites that advertise games that are looking for people to test," he explains.

"It resulted in hundreds of signups to my game's site, including a message from one of the folks at Excalibur. They wanted to publish my game, and I was pretty thrilled at the idea since it wasn't something I was expecting at all.”

Par for the course

Martin might be accustomed to life in triple-A, but managing your own project and answering only to yourself can come with an entirely new set of challenges.

“Making and sticking to a schedule is very important," he says.

"There were times when it was hard to develop because I couldn't really see the end in sight, but forcing myself to stick to a schedule made things progress better: once I got started with programming, it would flow naturally. I also learned how to find my target audience, and how to connect with them.”

One of the biggest hurdles Martin faced came from something as fundamental as Resort Boss: Golf’s genre. With dozens of interconnecting simulations, tycoon games can quickly spiral out of control.

“Tycoon games can be pretty hard to make," he admits.

"Things can quickly escalate or complicate, gameplay and systems-wise, so it's very important to have a well-defined goal and a plan on how to get there. Prototyping was great in gaining some insights, but it became pretty unsustainable as systems began to interlock with each other, and one change on one thing could lead to very different outcomes elsewhere.”

We couldn’t end another indie interview without getting insight into the rapidly changing world of selling your games online. In his words, Martin feels the ever-complicating state of storefronts is both a gift and a curse.

“More storefronts competing with each other is good for the developers, as we should - in theory - be able to secure better terms for our products," he elaborates.

"It will also drive innovation between them, as storefronts begin to find new ways to outdo the others.”

But where more choice may be a boon for developers or publishers, it may prove to be a sticking point for players who - until now - have largely managed to keep all their games in one place.

“It can be difficult, as there are only so many apps a player will want on their PC," he says.

"I've heard people complain that before they only needed one place that had all their games, their achievements, their friends list.

“Now they need to maintain several different storefront apps, which sometimes have compatibility issues between them, fragmenting their player base.”

Resort Boss: Golf launched into Early Access earlier this month on February 14th. Being part of Valve's alpha release scheme is a process that Martin describes as a constant battle of fixing bugs and keeping communication open with the game’s community.

Martin concludes: “Early Access will be the true test to my development abilities with this game.”